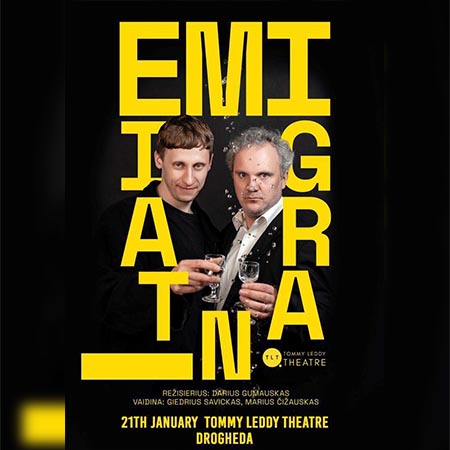 This performance-comedy about the lives of two emigrants – an intellectual thinker (a political, ideological migrant) and a manual worker from London (an economic migrant). In the course of their dialogue, two radically different worldviews are confronted.The emigrants will roam, apply, eat, wash, andhave fun just on the balcony – as happened in many European apartments during quarantine.
An unexpected and awkward space for the actor, as well as for the viewer,becomes like a reminder – we all must put in the effort to make thetheatrical events happen.
The performance comedy “EMIGRANTAI”Directed by Darius Gumauskas,Played by: Giedrius Savickas and Marius Čižauskas